I have been using offline maps for ages now with various apps, and Google Maps used to let you download areas for offline access, but now you can toggle to “Wi-fi only” to use Google Maps entirely offline on Android.

Scenario 1: You live or are traveling around a place with expensive data or spotty service

…Now, when you know you’ll have spotty service or just want to save on data, you can toggle to “Wi-fi only” to use Google Maps entirely offline on Android.

Scenario 2: You’re running out of storage

…To ensure that Google Maps users with any storage capacity can download and use offline areas when they need them most, we’ve added the ability to download your offline areas to an external SD card (if your device supports them) on Google Maps for Android.

Scenario 3: You just want someone else to do the driving

I’ve not used the ride sharing options (and I don’t have a phone that supports external SD card) but these are certainly welcome additions. 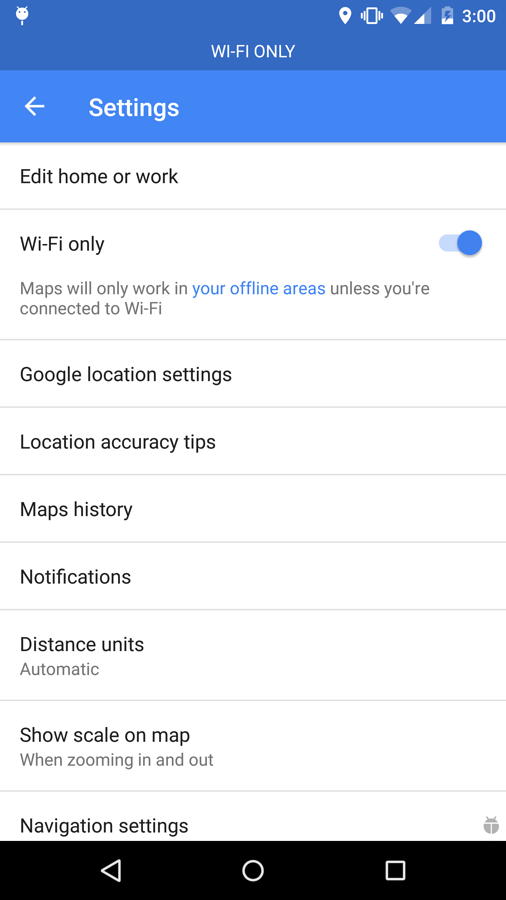