“We are currently investigating a problem causing many users’ timelines to be delayed.”
http://status.twitter.com/

I have to say for me personally this was not the disaster that many are making it out to be. Why? Well Twitter came back up a few hours later and no harm was done. Yet the Guardian has decided to jump on the bandwagon that continually criticises Twitter for these problems. As Bobbie Johnson states:

“Whatever the reasons behind this glitch, it highlights the fact that the service is still amazingly unreliable for something with so much money in the bank.”
http://bit.ly/Q4bf8

Just how unreliable is Twitter?
For me it works most of the time and as it’s not a critical service I regard it as being reliable enough to use on a daily basis.

So, does twitter need 100% up time to be a successfull business?

Absolutely not. Twitter is a service that allows micro communication to take place. It is not an alternative to email, blogs or any media outlet but rather a tool that allows people or organisations to communicate quickly with their followers.

I also think that Twitter should be given more time before being written off, let’s not forget that it is still a startup exeriencing huge growth.

The question I am is asking is when will Twitter start to make money?
When this happens (and only then) we can be critical of any unplanned down time. 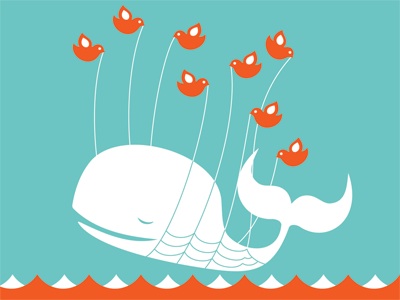 How many more times will we see this image?

Copywriting is the art of writing persuasively with the intent of driving an action. Therefore your writing should focus on your desired outcome. Follow these

Sunet from a field in Belfast

The image above is google photos stylised image. The image below is the original. The picture was captured on my Pixel 3a.